Find Out What Our Clients Are Saying About Us. . .

For Wayne and Anita Cromis, Pecan Acres Pet Care offers the whole package. “It’s not only Dr. Suazo but the whole team. From the vets to the girls in the office, they all are really good at what they do and they really care,” Anita said.

The Cromises’ have been with Dr. Suazo for more than 10 years – since his days at Lake Jackson Vet Clinic.

“When he branched out, we followed him,” Wayne said. “We really liked him and the mobile vet service is so convenient. Then, we had three dogs and two cats. It was easier to have him come here than to transport everyone to the office.”

In May, the couple lost one of their beloved cats. “She had diabetes which led to other complicated medical problems,” Anita said. “Dr. Suazo was very honest about the situation. He didn’t provide any unnecessary care to simply prolong her life. He was more concerned about her quality of life. He never told us what to do. It was our decision. It was a hard decision.”

“Dr. J. helped us work through a lot of that,” Wayne added.

“We were at the office and everyone teared up,” Anita said. “They are so sensitive about our animals. They care as much about our pets as we do — they treat them as their own.

“With Dr. Suazo and Pecan Acres, we feel more like family and friends than customers and clients,” she said.

In addition to medical care, Wayne and Anita use Pecan Acres’ kenneling service. “We can go away and never worry about them because we know they are in the best hands,” Anita said.

Janet and Allan Hickner.
Having the right veterinarian was essential when Janet and Allan Hickner rescued Graham from a terrible situation three years ago.
“Graham was high anxiety, terrified of everything … the slightest sudden noise, leaves blowing across the yard. Dr. Suazo and the entire staff at Pecan Acres reduced his anxiety as well as mine,” Janet said.

“They worked so fast, and they are so good at what they do. They kept Graham occupied while Dr. Suazo did his thing,” she said. “Everyone understands Graham’s situation and they are so gentle. They all love him so very much.”

Coal is another rescue dog. He was left at Pecan Acres Pet Care with a broken leg. Ads were placed in the papers and no one came to claim him, so the Hickners did.

“We are novice dog owners but we’ve learned a lot from Dr. Suazo and the Pecan Acres Pet Care staff,” Janet said. “I can say only positive, wonderful things about Dr. Suazo, about everyone.”

The Hickners have been with Dr. Suazo since 2003 when their 20-year-old cat fell ill. “More than once I took her in and Dr. Suazo would fix her,” she said.

As the health of their family pet quickly deteriorated, it became very evident what had to be done.

“He never made the decision (to euthanize) for us. He presented us with the facts and allowed us to decide what we wanted to do, and I think that’s huge and says a lot about his practice.”

Although it’s difficult to lose a family pet, it’s harder to see them suffer. When it comes to family pets, quality of life rather than longevity is most important.

Mary Ruth Rodenbaugh’s 17-year-old cat became very ill and deteriorated to near “skin and bones. It pained me to see her like that, so I took her over to Pecan Acres,” she said. Mary Ruth met with Dr. Suazo and discussed treatment options, but it was clear what had to be done.

“Dr. Suazo could have given her medicine to prolong her life but it would not have given her quality of life,” she said. “I walked away knowing that he did the right thing. I appreciate his method of handling of animals.”

Mary Ruth has known Jason since his high school days, and has entrusted him with the care of all of her pets since he returned from college.

Back in the day, it was an unwritten rule that you don’t take any animal smaller than a cow to the vet. “That’s just the way it was,” Mary Ruth said.

But as time went on, and the bonds forged with smaller, more domesticated animals grew, the rules changed.

“Your pets get to be like members of the family and you want the best care possible for them,” she said. “It’s nice to see small animal practices like Pecan Acres Pet Care treat your pets with the same care and concern as the large animal veterinarians.”

“It was so convenient to have him come to the house,” John said. “We could walk Lou, our big lab, out to the van and he would take care of her.”

As the Langley family grew to include more dogs, Dr. Suazo became a bigger part of their life … in good times and in bad.

When the Langley’s first miniature Schnauzer, Anna, became sick, “Dr. Suazo did everything he could. She had two blood transfusions, surgery. He even took her home and she slept at their house overnight,” Linda said. “It’s not all about the money with Dr. Suazo, he goes above and beyond and is so loving and gentle with them.”

“He helped us through our loss. He was just so … I’m going to cry,” she said.

“He is so compassionate and genuinely cares not only about our pets but about us too,” John continued. “It says so much about him and his practice.”

The Langleys look forward to opening of the new clinic in Lake Jackson. “Of course, we would go to Houston for Dr. Suazo,” Linda said. 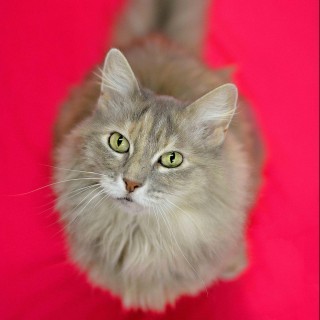 Pecan Acres Pet Care is a full-service veterinary hospital owned by Dr. Jason Suazo. Our vision is to provide the most convenient, complete, and compassionate pet care available in Brazoria County, Texas, with an emphasis on exceptional client service and patient care. Our clients are our friends as well as our customers, and we value your continued trust and good will.